I'm in the beginning stages of planning a new desk. My current desk is a IKEA Linnmon desktop with 4 Adils legs. It is a good desk, but is starting to feel too much like a twenty-something's desk for my taste.

Back in May Domino posted
5 IKEA Desk Hacks That Mean Serious Business which featured a desk from Jones Design Company
that I have had in the back of my mind since I saw it. 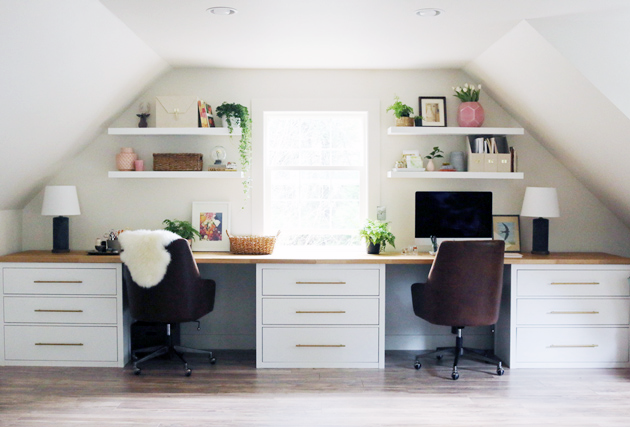 This setup is pretty much what I think I would like to imitate in my office. The only difference would be that I would have two dressers instead of three and one desktop instead of two.

The close up featured in Domino is what I would like to recreate. 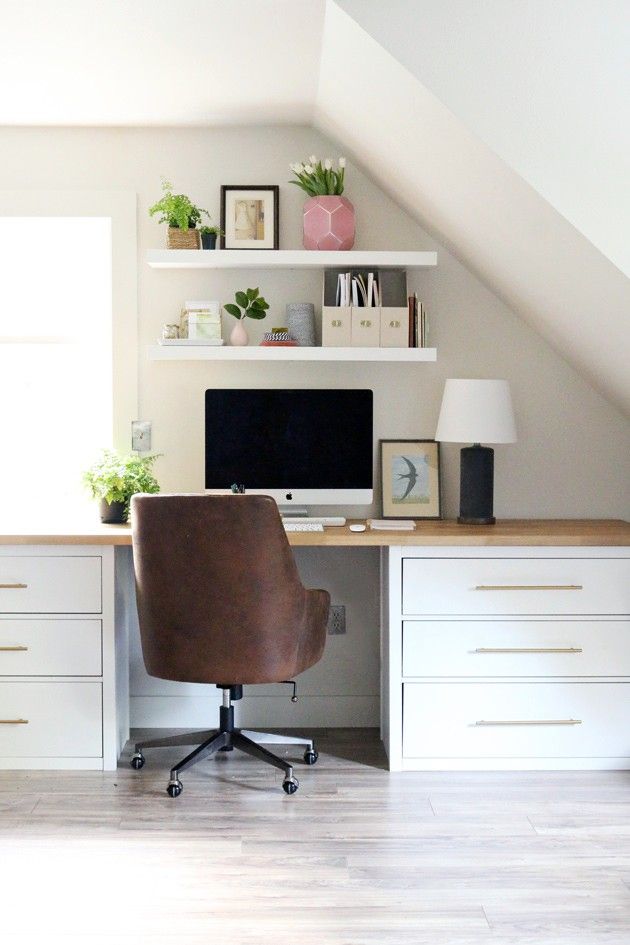 The setup seems to be pretty simple.

I'll need 2 IKEA Hemnes dressers. When assembling the dressers I would leave off the top of the dresser and have to saw off the legs so they sit flat on the floor. Then I would use a 98 inch KARLBY counter top as the desktop.

Planning so far has been measuring the office to make sure the KARLBY will fit where I want it to put the desk and pricing everything from IKEA. I don't think that I will be updating the drawer pulls when/if I do go down this route. At least, not at first. If I find out that I don't like the pulls that come with the Hemnes then I can always add new pulls afterwards.